When should we drink water? 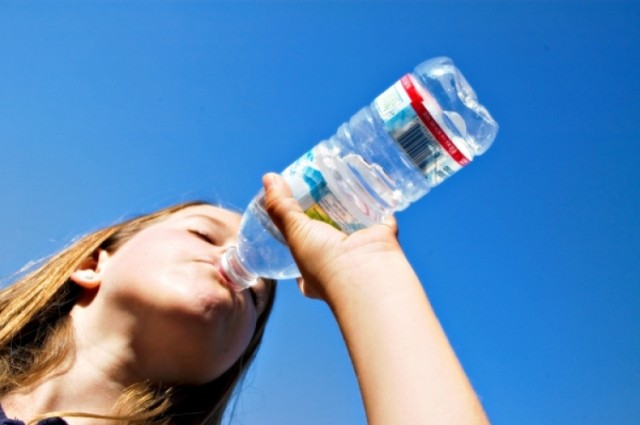 I strongly do not recommend drinking water, soft drinks, juices or alcohol during a meal since it adds a touch of orderliness to one's eating habits that way.

Several reasons to avoid drinking water during a meal

Liquids water down stomach juices and dissolve some of the ferments, accountable for the food digestion. The stomach "lets liquids go" first as they take with them a part of all those ferments there, which triggers the production of new ones that hinders the functionality of the human body, taking a toll on the digestion process as a whole. As a result of it, food remains in the stomach longer than it should, which results in fermenting.

Drinking water or getting a meal when feeling the genuine urge to is of utmost importance, however a few people actually confuse over those "feelings"".

Thirst can only be quenched with a glass of water as to the type itself, my personal choice would be either mineral or spring water

Soft drinks or juices cannot satisfy the thirst at all since the human body makes great efforts into dragging out some water out of them, which all affects its energy resources quite badly. As for the cell recovery, it requires pure water to enter the cells and revivify them.

According to the notable Dr. Batmandzhelidzh, water is a natural tool against diabetes, cancer, depression, obesity, etc, as it can also be used for treating back aches and join pain.

When should we drink water?

Always consume water when feeling thirsty as my personal advice is to avoid its consumption during a meal. The best option you have got is to drink two glasses of water every morning so as to cleanse your body and about 30 minutes after a meal. That way, your body will be full of water and you won't feel the urge for more liquids but for food.

Personally I drink water up to 3 hours after I have my meals so as to make up for its waste during the digestion process.

Keep in mind that drinking water between meals cleanses the body from toxins, hormones, poisonous chemical compounds, etc., as it also boosts the weight loss, which is crucial when dieting. Cells are made up of about 70 % of water that is a must for their recovery.

Always bring a bottle of water with you so as to avoid dehydration!

Tweet
Carbonated beverages aren't healthy at all!
How to get the separate nutrition plan off to a fr...